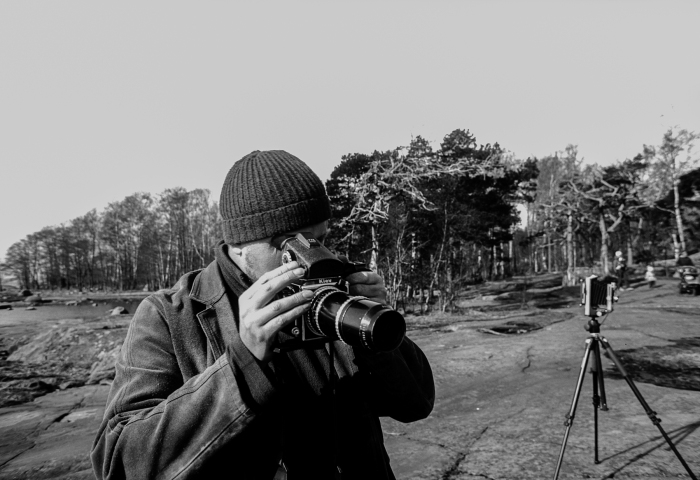 This one was taken with Eastman 5302-film. It’s ment for making copies of movies so it’s a bit tricky to shoot. I shot this one on ASA 6 and developed it in Rodinal 1+100 for one hour. Film is a bit tricky beacause of the high contrast most times you tend to blow out highlights and the shadows as well. Maybe in lower contrast lighting condiotons one might get this film working.
I tried using yellow filter to lower the contrast but this film is only blue sensitive so the negatives shot with the filter where blank.
Well i got bulk loader full of this so might as well run few more test rolls.